“But whatever were gains to me I now consider loss for the sake of Christ. What is more, I consider everything a loss because of the surpassing worth of knowing Christ Jesus my Lord, for whose sake I have lost all things.”

There are two words we use to define our heritage: “protest” and “reform.” We are a church that comes out of a movement called the Reformation. We are also known as Protestants, or “PROTEST-ants.” But today is called Reformation Sunday — our focus is on reform rather than protest. Sometimes it is necessary to protest, but today we are called to reform, to consider the words of Paul in Philippians that call us to a reformation of the heart.

Today we remember a tradition that set its foundations in Scripture, grace, faith and Christ, and set the foundations in those four alone. The Reformation of 500 years ago was suspicious of any “adding to” these four foundations, because any addition necessarily distorts them. Reform in this sense was seen as a return, a cutting back of layers of accommodation, compromise and rationalization. It is a willingness to cut away all that we do both in our individual lives and in our institutional lives to sets things in our favor, to make the world work for us, to justify ourselves. Such cutting back is hard work.

END_OF_DOCUMENT_TOKEN_TO_BE_REPLACED

We are excited to introduce our new youth ministry website.  In partnership with Paul Burger (pastoral intern at Harbert Community Church) we have designed a simple site that

allows us to communicate effectively with parents and students as well as the larger congregation and Internet community.  We have focused our attention on sharing articles and videos that are relevant to parents and students.  We also have a place to view photo’s, check out the calendar and even download forms.  All of the content on this site can be driven to people’s phones through facebook and twitter.  We hope this can be a valuable tool in our communication and resourcing  of parents and students as well as engagement with the larger church!  Check us out and watch a video or  read an article!

“Therefore, my dear friends, as you have always obeyed — not only in my presence but now much more in my absence- continue to work out your salvation with fear and trembling, for it is God who works in you to will and to act in order to fulfill his good purpose.”

There were a few issues that the church faced. The first was persecution. Philippi was a very Roman town, populated largely with former Roman soldiers. The emperor was revered and even worshipped. There was no synagogue there and there are hints in the book of Acts that Jews were not welcome there. Probably Christians were not welcome, either. The young church endured persecution.

In an article in Christianity Today from 1994, a Cuban Christian leader wrote of life in that country when churches were being openly suppressed. During a 35-year period of opposition and in a failing economy, the Methodist Church in Cuba grew from 6,000 to 50,000 people. The leader states, “The search for meaning is just as crucial as the search for bread. While the economy around us is falling apart, Christians are living in a state of special grace. Ordinary Cubans are becoming aware of the church as a saving community of hope.”

In the same way, the persecuted Christians of Philippi were experiencing this special grace and life-saving hope.

END_OF_DOCUMENT_TOKEN_TO_BE_REPLACED

The third weekend of the month, October – April, LCC provides breakfast, lunch and dinner for 40-60 homeless people at the United Methodist Church. In addition to providing the meals, we have committed to setting up the beds and converting the space from a fellowship hall into a shelter. Many of you have been helping with this ministry for years, and we appreciate your support! It is not a large commitment with many hands helping to make it run smoothly! If you can help out with cooking a dinner, shopping for breakfast or lunch items, or setting up, please contact Twyla Becker.

Thank you in advance for your help and your donations! 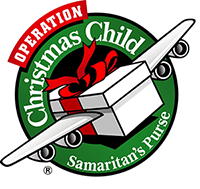 It is time to pack boxes for Operation Christmas Child. Between now and November 10th we will be collecting school supplies, small toys & games, and toiletry items. On Saturday, November 17th, the young families will have a “night of service” when we will pack shoe boxes full of fun Christmas surprises which will then be sent to needy children around the world. For many of the children who receive these boxes it will be their very first Christmas present! END_OF_DOCUMENT_TOKEN_TO_BE_REPLACED